Hit enter to search or ESC to close
Leadership 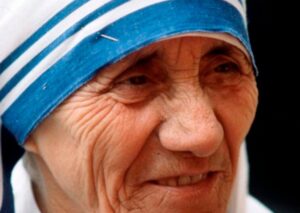 ***This article is inspired by chapter 10 of “Leadershift” by John C. Maxwell – “Positional Authority to Moral Authority” ***

Many leaders seek power, fame, wealth, and prestige while overlooking the invaluable quality of having moral authority. Moral authority is a term we hear but may not be clear about what it actually is. Harvard Business School professor Kevin Sharer explains it this way in his article “How Moral Authority Manifests in Truly Impactful Leaders” (https://harbus.org/2017/moral-authority/):

“Moral authority is the recognition of a person’s leadership influence based on who they are more than the position they hold. It is attained by authentic living that has built trust and it is sustained by successful leadership endeavors. It is earned by a lifetime of consistency. Leaders can strive to earn moral authority by the way they live, but only others can grant them moral authority.”

Professor Sharer refers to Mother Teresa and Nelson Mandela as having moral authority while not truly realizing it. That’s often the way it happens. People who seek it seldom find it while others who simply lead with consistent integrity throughout their lives are given it without even asking for it.

Moral authority matters if you truly want to achieve greatness and make an impact in the world. While others may grant it to you by following you as a leader, you can take a few key actions that will help you advance down the path toward achieving it.

1 – Competence – The Ability To Lead Well

You can be the nicest, most well-liked person in the world, but if you don’t produce results as a leader, you may many friends but few followers. While everyone is a leader to someone, it takes competence to become a leader to many. Focus on becoming successful in your career field using your unique skills. Commit to growing as a leader who is worth following. When you focus on these things, your competence level increases and so can your moral authority.

2 – Courage – Moving Forward In The Face Of Fear

3 – Consistency – Doing Well All The Time, Not Just Sometimes

As a youth sports coach and father of athletes, I’ve observed that anyone can have one good tryout or a great game. However, long-term success comes with commitment and consistency. Showing up day in and day out regardless of your feelings is required to become a consistent leader who others want to follow. Perfection isn’t required, but predictable attitude and effort are. People won’t follow leaders for long who give them whiplash from inconsistency. And being consistently inconsistent doesn’t count toward gaining moral authority! Can people depend on you to act the same each day regardless of the circumstances? Or do you allow your emotions to get the best of you? Leaders with moral authority advance despite how they feel. They let their feelings be impacted by their actions, not vice versa. This is a key separator of leaders who have moral authority.

4 – Character – Being Bigger On The Inside Than The Outside

Gaining moral authority is first an inside job. Having a strong character is critical for making a long-term impact. Many leaders have failed in this one key area and have done much damage to their organizations, families, and followers. When you compromise your character, you disqualify yourself from having moral authority. It can be regained, but not without a lifetime of struggle to prove yourself worthy again. It’s often said that trust takes a lifetime to earn and a moment to lose. This is why very few leaders reach the end of their lives and receive the recognition of having moral authority. This is why those who have been granted moral authority stand out so prominently in our history books and world. You can have certain levels of success without moral authority, but you can’t leave a transformational legacy without great character. Focus on becoming bigger and better on the inside and let it overflow to the outside.

Pursuing moral authority is a noble goal. Focus on taking these four key steps so when it’s all said and done people can grant you this sought-after label. You must earn it day by day, week by week, month after month, and year after year. Focus on growing in these four areas and let the results be revealed farther down the path.

Until next time…make today GREAT!

P.S. If you’d like some help with navigating personal or professional challenges and opportunities, click HERE to learn about my coaching services.

3 Advantages of Leading a Diverse Team

3 Advantages of Leading a Diverse Team